Our old bricks and mortar store in Lowestoft and its story.

As a hobby we have repaired and run lots of older British cars,vans and motorcycles,a few of these are below.
Baconsdozen, a history.
In 1989 we took over the premises of "East Coast Stores" a long closed ships chandlers and fishing industry supply store opposite Lowestofts old trawler dock close to the fish auctions and fish market.
At that time,although its heyday as a holiday resort had passed, Lowestoft was still a major UK fishing port with its own fleet of beam trawlers and inshore fishing vessels and for years we supplied the commercial fishermen locally,and fishing vessels throughout the UK with hand tools,waterproof clothing,boots,gloves,gutting and filleting knives.
Then, because of EU rules that favoured foreign vessels,a procession of weak MPs,dismal fishing ministers and broken promises by just about everyone involved,the British fishing fleets were all but killed off and Lowestofts commercial fishing fleets were no more by 2003. The large beam trawlers were all towed away,to be scrapped or sold to foreign fishing firms,the promises of compensation for firms like ours and all the jobs lost came to nothing (nothing new there then),but the bosses of some of the fishing firms did very nicely thanks very much.
Lowestoft  harbour is now full of wind turbine based businesses,all eco friendly and heavily subsidised,which is probably why so little effort went into saving the fishing industry.
One of our interests was working on mainly British old cars and over the years we'd noticed quality imperial based tools like whitworth,BSF,BA and AF used on old cars and motorcycles,bikes and other machinery were getting hard to find.  We concentrated on selling more tools for classic and vintage cars both online,and retailing over the counter,and sending them to classic car enthusiasts all over the world.  So called 'improvements' courtesy of the eternally hopeless Waveney District Council and its obsession with yellow lines and road closures,made retailing in our part of the town almost impossible for all but the favoured few who WDC happily provided with loading bays and bus stops for imaginary buses etc. As a result,customers gave up struggling through the traffic jams and finding parking spaces and Baconsdozen eventually became totally internet based and sold the shop and stores.
We have now happily moved away from Lowestoft, the area we traded in is now all taken over by low rent flats. 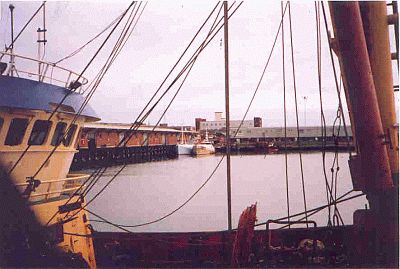 The end of an era.
One of the last of Lowestoft beam trawlers from Colne Shipping the last shipping company of any size in Lowestoft,waiting to be towed away and scrapped.The buildings in the background were all part of the Lowestoft fishing auctions and fish merchants offices and stores,the buildings are still mainly standing but the merchants have now almost all gone and virtually the entire harbour is given over to firms servicing wind farms,in 2014 the last fishing boats complained they were being forced out of the port by its owners ABP to make way for the firms installing and repairing the wind turbines.Lowestoft has its own windmill 'Gulliver' which some local people claim to have actually seen going round.
Other Links. There is a blog about Patti,our Italian mastiff and our other dogs here..
The old shop and view from one of the rooms upstairs. 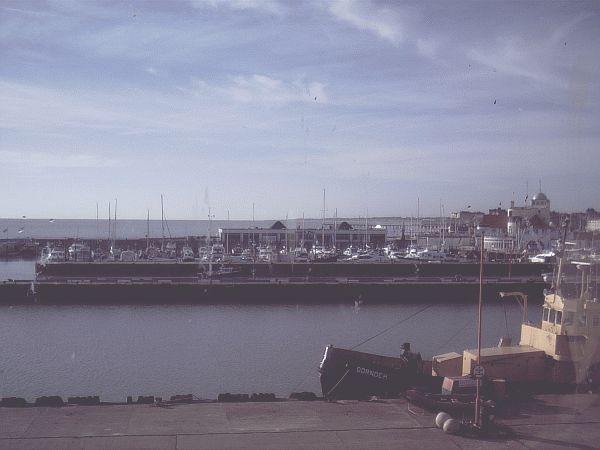 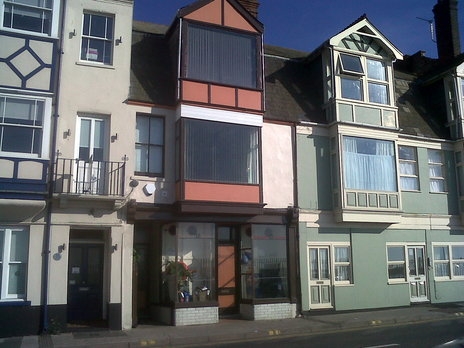 A page giving the comparative sizes of Whitworth,BSF,BA,Imperial AF and metric spanner,wrench,nuts and bolts is here.